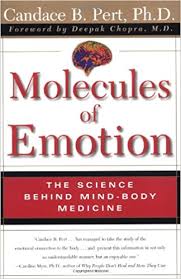 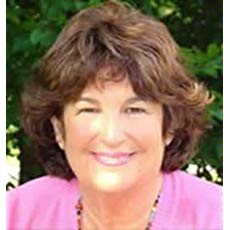 This book was written in 1997 but 22 years later, there is still an ongoing materialistic tendency among holistic practitioners and adherents. It’s mainly projected at food but includes expensive supplements, vitamins, lotions, herbals, wraps and more. I believe much of it is unnecessary.

The first part of Chapter 13 is very materialist focused as Dr. Pert is attending a Wellness conference where panelists are not all-together holistic. I’ve been mulling this issue over for ten years now and have not settled on an answer. Maybe I can today.

Part of the problem is healthcare practitioners and therapists who’ve been trained in other fields such as the behavioral sciences or modern straight M.D.’s are trying to co-opt and misappropriate the holistic and spiritual model when they haven’t been taught the holistic way nor do they live a spiritual life. They live a materialist life and value accolades and money. They just happen to have Ph.D.’s and want in on what all the hoopla is about and get some of the success for themselves while they can still bill insurance and have the respect of their indolent family members at Thanksgiving who look down their nose at holistic spiritual people. I don’t respect it. I’ve actually done the work, walked the talk and lived the life!

I and those like me have been completely dedicated to and are trained in and have worked in the real holistic-spiritual way for thirty years or more with the utmost integrity and dedication. The Naturopaths (N.D.’s), healers, massage therapists (LMT’s), Naprapaths (D.N.’s) and the like really started on this course in the 70’s so it’s a movement that is about fifty years old, for as long as I’ve lived having been born in 1963. I was born to do this work and advocate for it. It is ancient, ancient information now being resurrected because we’re in a paradigm shift and seeking species survival.

I don’t have a Ph.D. nor am I a doctor but I am an extremely experienced and skilled bodyworker and Reiki Master, BA magna cum laude and LMT. My outcomes prove it. I know it’s taboo for a woman to take credit and ask for respect and what’s due her but I care nothing for taboo. I care about justice and what’s right and my motivation is not ego aggrandizement but furthering my methods and values which are based in science and actually work. The way I work should be duplicated all over the world! I honestly feel that way.

The details are outlined on pages 286-300. They basically read for a novice off the street with very little depth or reality. I would write my own version of them for my patients.

“Originally, we scientists thought that the flow of neuropeptides and receptors was being directed from centers in the brain, the frontal cortex, the hypothalamus, the amygdala. This fit our reductionist model, supporting the view that thoughts and feelings are products of neuronal activity, and that the brain was the prime mover, the seat of consciousness.

Then, as a result of my own and other people’s work in the laboratory, we found that the flow of chemicals arose from many sites in the different systems simultaneously, the immune, the nervous, the endocrine, and the gastrointestinal, and that these sites formed nodal points on a vast superhighway of internal information exchange taking place on a molecular level. We then had to consider a system with intelligence diffused throughout, rather than a one-way operation adhering strictly to the laws of cause and effect, as was previously thought when we believed that the brain ruled overall.”

We know that information has an infinite capacity to expand and increase, that it is beyond time and place, matter and energy. It cannot belong to the material world we apprehend with our senses but must belong to its own realm, one that we can experience as emotion, the mind, the spirit, an info realm. Some call it God. Spiritual people shy away for the word “God” as it connotes religion. We say “Source” to show respect for those that have different perceptions of the creator that are not directly in line with religion and their texts. They still believe though.

What we know now is we can bring about the release of endorphins through our state of mind.

“It’s this inner voice that we scientists must come to trust. We must stop worshiping a dispassionate “truth” and expecting the experts to lead us to it. There’s a higher intelligence, one that comes to us via our very molecules and results from our participation in a system far greater than the small, circumscribed one we call “ego”, the world we receive from our five senses alone.  New understanding from quantum physics and information theory point us away from the cool, detached, solitary genius, the one who has the answers that others don’t have as if the truth could be owned, and toward a more collegial participatory model of knowledge acquisition (that includes women). The rational, masculine, materialistic world we live in places too much value on competition and aggression. Science at its most exalted is a truth-seeking endeavor, which encompasses the values of cooperation and communication, based on trust, trust in ourselves and in one another.”

The truth cannot be owned, codified, controlled or rationalized. The truth is evolving in nature and changes daily, within sentient life; within us.

This site uses Akismet to reduce spam. Learn how your comment data is processed.